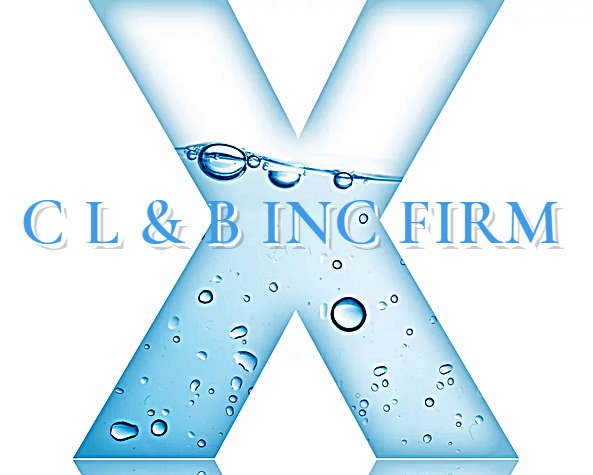 Any God Will Do

Any God Will Do is a collection that investigates the lines between worldliness and asceticism, belief and delusion, chance and design, desire and its transcendence. Internal and end rhyme structure these pithy and compact poems that are rife with classical, pop culture, and poetic allusions. They culminate in an argument that intimacy and creation through language are not only possible within a capitalist framework, but indeed may be the only ballasts we know. PURCHASE: https://www.hpb.com/products/any-god-will-do-9780887486531-36343175

Blood on the Fog

Politically astute, filled with wisdom and great humanity, this is poetry meant to conjure a healing and provoke a confrontation, an invitation to a journey through Black America.

A rhapsodic follow-up to Tongo Eisen-Martin’s Heaven is All Goodbyes, this collection further explores themes of love and loss, family and faith, refracted through the lens of Black experience. These poems honor intellectual tradition and ancestral knowledge while blazing an entirely new path, recording and replaying the poet’s sensory travels through America, from its packed metropolises to desolate anytowns. Radical, outraged, knowing, wry, and deeply humane, these are poems of survival that soar with a vision of collective liberation.
https://citylights.com/city-lights-published/blood-on-the-fog/

A poem is often read as a set of formal, technical, and conventional devices that generate meaning or affect. However, Lucy Alford suggests that poetic language might be better understood as an instrument for tuning and refining the attention. Identifying a crucial link between poetic form and the forming of attention, Alford offers a new terminology for how poetic attention works and how attention becomes a subject and object of poetry. PURCHASE: https://www.amazon.com/Forms-Poetic-Attention-Lucy-Alford/dp/0231187548

Holiday collides poems-as-text and image-as-impression, lyricism and the tones you hear as your mind expands. The “legacies” of Miles Davis and MLK and Billie Holiday collide as well, harnessing taboos they upheld just as triumphantly. The coalescing of layers of a story in restricted space produces ghettos, or a mythological advertising omniverse wherein shadow and light integrate, complicating our fantasies. PURCHASE: https://www.hpb.com/products/hollywood-forever-9780986437304

As of 2017 Over 65 million people around the world have been forced from their homes to escape famine, climate change and war in the greatest human displacement since World War II. Human Flow, an epic film journey led by the internationally renowned artist Ai Weiwei, gives a powerful visual expression to this massive human migration. The documentary elucidates both the staggering scale of the refugee crisis and its profoundly personal human impact.
TRAILER: https://www.humanflow.com/videos/

Captured over the course of an eventful year in 23 countries, the film follows a chain of urgent human stories that stretches across the globe in countries including Afghanistan, Bangladesh, France, Greece, Germany, Iraq, Israel, Italy, Kenya, Mexico, and Turkey.

Raúl Zurita’s INRI is a visionary response to the atrocities committed under the dictatorship of General Augusto Pinochet. In this deeply moving elegy for the dead, the whole of Chile, with its snow-covered cordilleras and fields of wildflowers, its empty spaces and the sparkling sea beyond, is simultaneously transformed into the grave of its lost children and their living and risen body. Zurita’s incantatory, unapologetically political work is one of the great prophetic poems of our new century.
https://www.nyrb.com/products/inri?variant=6868750565428

It's All in Your Head

It wasn’t until Manjiri Indurkar was in her twenties and living away from home that she began to suspect that all wasn’t well with her. Growing up in Jabalpur with a loving and supportive family, her childhood had been perfect. Why then was her body telling her otherwise? Confronted with the vagaries of her health, Manjiri came to a realisation—her body could contain its secrets no longer. It was time to let go. PURCHASE: https://www.amazon.com/Its-All-Your-Head-M/dp/9389648602/ref=tmm_pap_swatch_0?_encoding=UTF8&qid=1608483544&sr=1-2

Leaning into the Wind

Sixteen years after the release of the groundbreaking film Rivers and Tides – Andy Goldsworthy Working with Time director Thomas Riedelsheimer has returned to work with the artist. Leaning into the Wind – Andy Goldsworthy follows Andy on his exploration of the layers of his world and the impact of the years on himself and his art. As Goldsworthy introduces his own body into the work it becomes at the same time even more fragile and personal and also sterner and tougher, incorporating massive machinery and crews on his bigger projects. Riedelsheimer’s exquisite film illuminates Goldsworthy’s mind as it reveals his art. TRAILER: https://www.youtube.com/results?search_query=leaning+into+the+wind+trailer

In Plastic: An Autobiography, Cobb’s obsession with a large plastic car part leads her to explore the violence of our consume-and-dispose culture, including her own life as a child of Los Alamos, where the first atomic bombs were made. The journey exposes the interconnections among plastic waste, climate change, nuclear technologies, and racism. Using a series of interwoven narratives ― from ancient Phoenicia to Alabama ― the book bears witness to our deepest entanglements and asks how humans continue on this planet.
https://nightboat.org/book/plastic-an-autobiography/

The Cave is streaming on Hulu. It was nominated for Best Documentary Feature at the 92nd Academy Awards, and won the People's Choice Award for Documentaries.at the 2019 Toronto International Film Festival. Oscar nominee Feras Fayyad (“Last Men in Aleppo”) delivers an unflinching story of the Syrian war with his powerful new documentary, The Cave. For besieged civilians, hope and safety lie underground inside the subterranean hospital known as the Cave, where pediatrician and managing physician Dr. Amani Ballour and her colleagues Samaher and Dr. Alaa have claimed their right to work as equals alongside their male counterparts, doing their jobs in a way that would be unthinkable in the oppressively patriarchal culture that exists above. Following the women as they contend with daily bombardments, chronic supply shortages and the ever-present threat of chemical attacks, The Cave paints a stirring portrait of courage, resilience and female solidarity.
TRAILER: https://films.nationalgeographic.com/the-cave#watch-the-trailer

The Little Edges is a collection of poems that extends poet Fred Moten's experiments in what he calls "shaped prose"—a way of arranging prose in rhythmic blocks, or sometimes shards, in the interest of audio-visual patterning. Shaped prose is a form that works the "little edges" of lyric and discourse, and radiates out into the space between them. As occasional pieces, many of the poems in the book are the result of a request or commission to comment upon a work of art, or to memorialize a particular moment or person. In Moten's poems, the matter and energy of a singular event or person are transformed by their entrance into the social space that they, in turn, transform. PURCHASE https://www.powells.com/book/little-edges-9780819576705

The Look of the Book

​For book collectors, bibliophiles and design nostalgics, Peter Mendelsund and David J. Alworth’s THE LOOK OF THE BOOK: Jackets, Covers, and Art at the Edges of Literature (Ten Speed) tells an alternate history of the Western canon, in the physical editions they think have shaped it most. PURCHASE: https://www.powells.com/book/look-of-the-book-jackets-covers-art-at-the-edges-of-literature-9780399581021

Hulu: A case of mistaken identity catapults two council employees into the middle of a deadly conspiracy.

To live in an Alaska of the mind is to map the imagined cartography of winter on all that is physical. To dwell perpetually in a symbolic cold, and to emerge, with grace, unscathed. This book questions what it means to live and love in such a buried season. This Alaska interrogates all that emotional and physical intimacy cannot salvage or keep warm. Death and dreams are at the very center of this book. But life — and all it entails and circles and loses and loves — is at its heart.
https://fourwaybooks.com/site/this-alaska/

During the 1970s, San Francisco became a safe haven for the gay and lesbian community, providing a place where one could live openly, away from discrimination. But, after almost a decade of celebration, the city was hit by a wave of shock and grief when it became ground zero of the AIDS epidemic, with hundreds of gay men falling victim to the disease. Director David Weissman explores the incredible story of love and loss through the eyes of five men and women who experienced it firsthand.
https://wewereherefilm.com/

In about:blank, Tracy Fuad builds a poetics of contemporary dissociation. Funny, plaintive, and cutting, this formally inventive debut probes alienation in place and in language through the author’s consideration of her own relationship to Iraqi Kurdistan. about:blank—the title of which is the universal URL for a blank web page—complicates questions of longing and belonging. Interrogating the language of internet chatrooms, Yelp reviews, and the Kurdish dictionary, the poems here leap surprisingly between subjects to find new meaning.

Written before and during the years the author spent living in Iraqi Kurdistan, the collection documents the alienation of being inside, outside, and between language(s) and the always-already terror of grammar. At once haunted and humorous, about:blank inhabits and exhibits the disorientation and fragmentation that is endemic to the internet era, and mourns the loss of a more embodied existence.
https://upittpress.org/books/9780822966685/